What a beautiful weekend. Just as the weather begins to transition from spring time feeling temps to something more like the surface of the sun. Friday evening, we headed to the park to picnic and ended up picnicking indoors because a storm started rolling in just as we set up. It still ended up being an incredibly fun evening with family. My wife’s grandmother and her aunt and uncle were visiting this week, prompting a few different opportunities to gather as a family.

Saturday morning, we took Travis to a birthday party for a friend from school. You won’t find a more energetic bunch than a handful of 6 and 7 year olds jacked up on sugar and games. What a great bunch of kids, too.

Directly following the birthday party, we got to meet up with the family some more at Becky’s fathers house. We hung around, played some card games, rode a few bicycles around, and just generally enjoyed each other’s company. Before we left we took a few group shots. 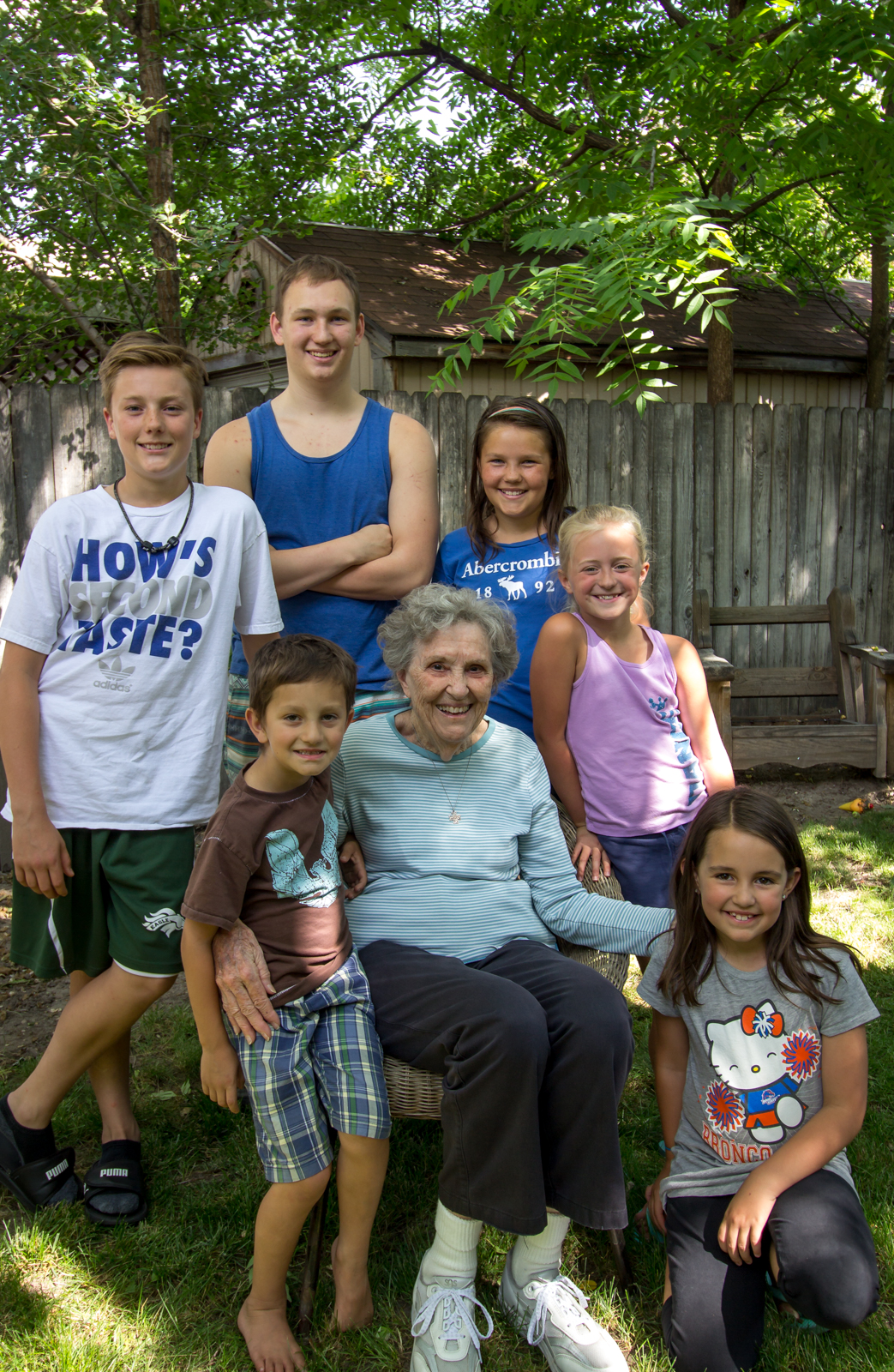 Sunday after church, we finished creating a small garden area in our new backyard. Whilst some of the work was being done, I set up a Slip ‘N’ Slide. Not only did I set up the small normal one, but I also set out a piece of plastic I had left from a project I had done previously. It was a clear plastic that was about 10 feet wide and 35 feet long. It made a perfect adult size slide, if still a little short. I just set the sprinkler up right next to it and the kids had a blast. Me too, but I made sure there were no photos of me on it.